Red Dead Redemption takes place in the 1910's Wild West, the U.S. and Mexico border. The world is huge, open and free to explore. You need to complete missions to get across the border to Mexico.

Former outlaw, and the protagonist of the story, John Marston arrives at Armadillo city, were the government forces him to an early retirement back to work. Federal agents are tightening Marston to seek out and neutralize former partner in crime Bill Williamson.

Red Dead Redemption is a third-person described as the Wild West action-adventure game.The protagonist John Marston can also be subjected to alternative sideactivities, such as duels and gambling. Hunting is also possible, and the consumption of meat can be sold for money in the town. There are also weapons that you can find or buy.Although at that age had already driven vehicle, the game is mainly transported by horse. The player can also take horse to battle, as it can shoot off enemies, or lasso on horse carriage.The game supports this approach in the sense that the wanted are paid higher premiums alive than dead. The main character does not know how to swim, but will drown in too deep when entering.The player can rely on for the duration of fixed fire fighting behind obstacles and shoot from a blind or automatic, and taking advantage of the free sighting. There's also a "Dead-Eye" aiming system that allows the player to slow down time and to mark the enemy target point.When the deceleration ends, Marston shoots target extremely quickly.

My whole life is just cold bitter hatred, and I always wanted to die violently. This is the time of vengeance, and no life is worth saving. And I will put in the grave as many as I can! It's time for me to kill, and it's time for me to die. 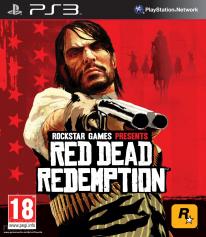