Feeling all alone? Catch up a crew you like either by logging in at www.socialclub.rockstargames.com or through an invite in game at the crew section menu. Team up in some Team Deathmatch or just hang around in Freemode, share some photos and get new friends. Perhaps enemies.

To a beginning the Crew was created for GRTV's Livestreams, though now its also active by players 365 days a year from Gamereactor. The Crew page is always updated with latest news of updates, livestreams and etc.

Crew InformationA crew works in tandem with both Max Payne 3 and GTA Online.Social clubmembers can join a total of 5 crews, make 1 crew themselves and only have 1 crew set as active at once.

A normal crew can fit a total of 1000 members. Before the spring of 2014, a crew could only fit a total of 300 members. These have a 4 digit long Crew Tag. A normal crew can be set as private and and will be listed on the crew leader boards. A crew can be set to 5 of 6 different crew types, including "Chatter Boxes", "Thrill Seekers", "Rebels", "Soldiers" and "All Stars". The one that it can't be set to is "Rockstar Crew". A crew type choose how a crew is filtered when somebody searches for it.

If you choose the option to join a random crew in the crew menu in game, you will automatically join a Rockstar crew, therefor a Rockstar Crew will mostly consist of foreigners and you can't send crew wide invitations either. These crews seems to have no limit in how many members they can fit and it's believed that the maximum limit is at 1 million members. The largest Rockstar Crew is the MP3 crew which has a total of 975,7K (7th July, 2014).To identify a Rockstar crew you can see it having a 3 digit long Tag.A Rockstar Crew won't show up in the normal crew leader boards.

In a crew there are 5 different roles.

Within a crew you can share your Snapmatic Photos, Custom Jobs, Custom crew Emblems, Send Messages to the crew, Comment, Share your custom playlists and compare your in game stats.

You can also make crew challenges by choosing a playlist and change what difficulty and goal the people who joins the challenges has to play. Then see if you're the one that got the best score when the challenge is over.

It's possible to play Crew VS Crew in playlists, missions and freeroam lobbies. In a crew VS crew freeroam lobby you can have 2 to 4 different crews playing together. A crew that wins more games together is more likely to get highlighted on the Crew Challenge Leader Boards.

A high ranked member of a crew can broadcast live in game messages to the whole crew through the crew section of the pause menu in game. 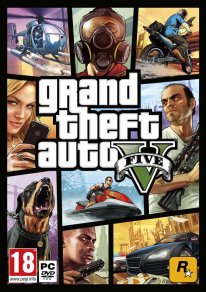