This Friday, Blizzard will be kicking off the final regular season tournament of the Overwatch League with the Countdown Cup. Set to begin at 20:00 BST / 21:00 CEST on Friday, July 30, a match between the Dallas Fuel and the Paris Eternal will mark the beginning of the first of three weeks of competition leading up to the last tournament in the season before Playoffs.

With the event only a few days out, Blizzard recently revealed the heroes that are out of rotation for the duration of the tournament, with Echo, Ashe, Sigma, and Lucio being the unfortunate few.

Blizzard also revealed the map pool for the event, showing that for Control, Ilios, Busan, Lijiang Tower, Oasis, and Nepal would be played; for Escort, Havana, Route 66, and Rialto are on the cards; for Hybrid, Blizzard World, Numbani, and King's Row will be played; and finally for Assault, Temple of Anubis, Hanamura, and Volskaya Industries are set.

Likewise, as this is the final tournament of the regular season, Blizzard also touched a little on the Playoffs, tie-breakers, and how seeding will work. You can read all about the intricacies of that here, and if you can watch the first match of the Countdown Cup play-ins over here. 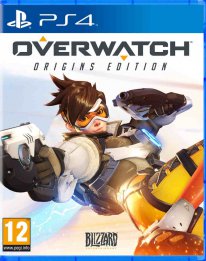